After a few days of training in our blog, yesterday Katharina taught us the techniques to make successful pictures. We took a stroll through our quarter to practice. Look at the results!

Once on the ground,  we took some photos of the population of Baraka, a few different trades such as carpentry wood and metal. We even went to the standpipes, as always full of people queuing to fetch water. In Baraka water is not within the reach for everyone. Unfortunately, less than three meters next to one of the fountains one could see dirty water seeping in to the clean water, since some areas lack a proper sewage system.

We took pictures of children at the soccer field, whose play was accompanied by a garbage car unloading its « goods ».  The garbage carters dump their garbage, which they picked up in the homes of neighbors and cities. This moment lasts more than an hour and is an unfavorable situation for the health of children who spend their time playing around it. Taking pictures at this time of day allowed us to show Katharina and Mr Ibrahima Ndour the limitations and realities that exist in Baraka. Our first steps as photographers were not as easy as we thought they would be, because it is quite difficult to take pictures of character.

In sum, we found that part of the population of Baraka agreed to be photographed. However, the other part was not too comfortable and even told us not to take their pictures. Therefore, we need to raise awareness and reflection for the Baraka blog and for the new life of Baraka during the coming days, so that everyone can participate in a symbolic way in our work as Baraka bloggers. 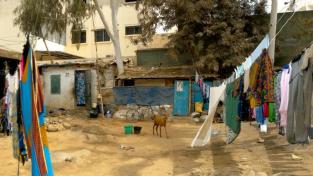 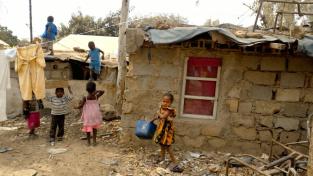 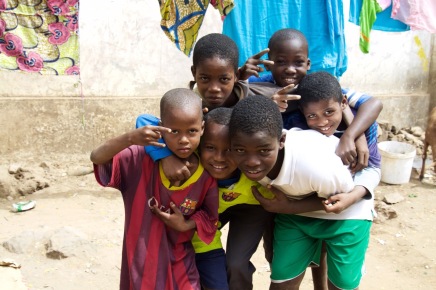