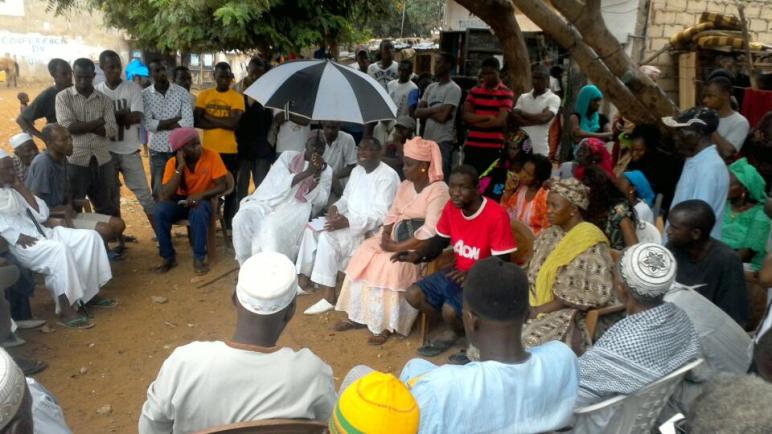 This Sunday, July 24 to 17h GMT was held a meeting between Mr Boubacar MANÉ, representative of the organisation « COUNTRY HOPE 87 SENEGAL » and the population of Baraka. The meeting took place at BARAKA football field.

Greetings and prayers opened the meeting. The first speaker was the district manager Mr. Seye. After the usual greetings, the floor was given to Mr. Boubacar MANÉ, who said that the meeting was to share the latest information about the project of the new city BARAKA with the people. As part of the reconstruction of the area, the german « YOU FOUNDATION » and its partners, including Mr. SAMYH SAWIRIS provided for the establishment of a limited company (S.A.). This is to share why this meeting was held in order to transmit information referring to it.

As such the people of the future cites BARAKA grouping 210 families have created a GIE (Economic Interest Group) to represent them at the Société Anonyme. GIE will have a board of seven members, namely: a President, a Vice Presidente, a Secretary General, an assistant of the Secretary General, a Treasurer, an assistant of the Treasurer and a statutory auditor. So for the creation of the GIE, the residents need to exhibit the necessary conditions, such as pay the filing fee. Additionally the President and other members Need to fulfill all the necessary steps for the creation of GIE APIX and court level.

For participation in the new company equity will be divided from the capital. The minimum capital of the company is 10 million. For the name SOREBA was proposed, that means « Baraka Reconstruction Company ». It will handle all the steps and operation of the work of the new city of Baraka.

Everybody can be part of this beautiful and important projekt.

After the transmission of this information, Mr. MANÉ reported the official list of the 210 families from Baraka that will move into these new homes. Then there startet a conversation filled with questions and answers between Mr. Mane and the population. Questions concerning the objective of SOREBA, how to proceed with the creation of GIE, the census of the inhabitants and for everything concerning the contributions of the inhabitants. So Mr. MANE provided clear and precise answers.
Despite the rain the meeting went well and it was closed by thanking the People to all the people who were involved in the realization of this great project – especially the « YOU FUNDATION », its partners and the Government of SENEGAL . 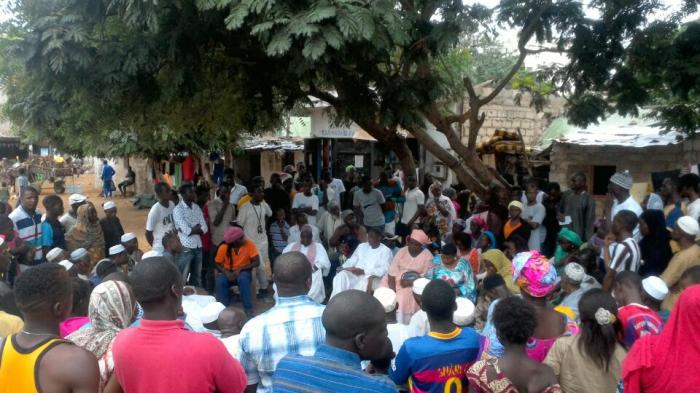