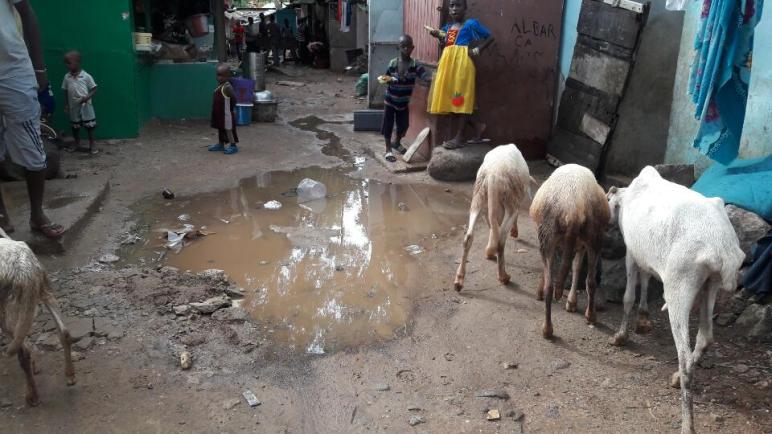 Due to the narrow houses and overcrowding, life in Baraka is very complicated during the rainy season. In wintertime, the inhabitants live a hassle. Many problems are growing during the rainy season – for example the volatility of the weather that causes illness to the children, because they play in the rain and stagnant water, even with bare feet.

When it rains some houses get water leakages – than families try to draw water and empty it into the street and therewith cause environmental problems. Many people raise animals and due to the sultry weather, the resulting penetrating smell is present in a wide area. Moreover, some people take the opportunity to empty all their dirty water in the streets due to the lack of pipelines. During this season, some mothers live at the limit to feed their families. Due to lack of resources, these women use charcoal for cooking and due to the rain and the necessity to feed their families they need to spend hours for cooking. Recently, on Sunday September 18th, the rain has caused much damage to Baraka. It was a day marked by floods in the district, even if it is in a sloping area to the neighbouring cities. However, after the rain the population is living in anxiety – because of the proliferation of mosquitoes and thus of malaria especially children often fall ill. Fortunately, Baraka has a close-knit population that overcomes all obstacles by being united. For example, everyone is trying to help his neighbour in case of flooding. Despite these very difficult conditions, the population of Baraka dreams of better living conditions. 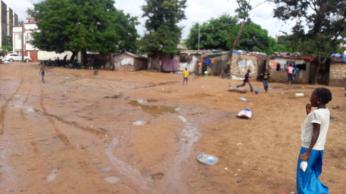 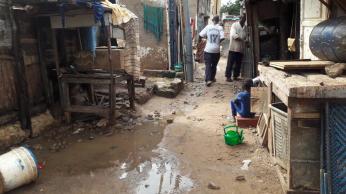 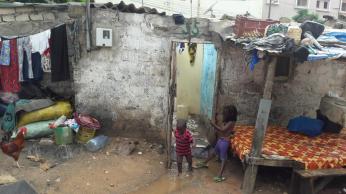 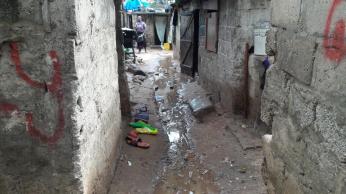 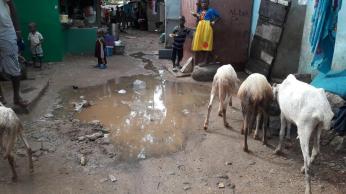