The people of Baraka were very honored and deeply touched by the visit of President Macky Sall to Baraka. These people also realized that this was made possible thanks to their benefactress, called Mama Blonde UNESCO Special Ambassador Ohoven of the YOU Foundation. It is this sense that we took a tour in the neighborhood to take the testimonies of the population on all these events that took place in Baraka.   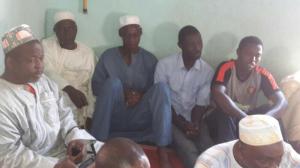 Around 5pm we found some notables in front of the mosque and they are delighted to answer our questions. According to Abdou BA, « We are very pleased to have received our president Macky Sall in our modest neighborhood, it is a huge dream for us that is finally realized and we are also very pleased with His Excellency’s speech because he has made us very happy with his beautiful words « .

The Imam of the Mouhamadou Ba district also explains that on Saturday, May 6, 2017, prayers were made for the YOU Foundation, especially UNESCO Special Ambassador Ohoven, President Macky Sall, and HOPE’87 because, according to him, « it is the only precious thing we have to thank them from the bottom of our hearts and we wish them a long life with much health and success so that the Cité Baraka project is a success for us and for all Senegal. 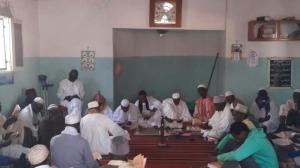 The Mayor of Sicap Liberté Commune Mr Santie Agne joined the people in thanking the YOU Foundation and the President of the Republic and decided to give their full support to the project « Cité Baraka » which has become a reality and the aim will be to improve the living conditions of the populations of Sicap Liberté among other missions of the Commune. 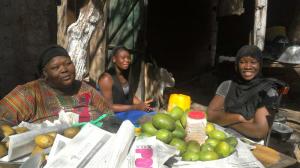 We also discussed with Mrs. Oumou Diallo in front of her door and her trade show. According to her « this visit of the President of the Republic will remain forever engraved in our memories. I retained in his speech a sentence which marked me a lot, it is « with all the difficulties, you believed in it, and today the government will accompany this project of rehabilitation ». Emotion and joy we wished long life to our Mama Blonde Madame Ute-Henriette Ohoven and her daughter Mrs. Claudia Jerger.

According to the women of Baraka, the President of the Republic paid a resounding tribute to the women of Baraka after Ambassador Ohoven decided to restore their dignity by the reconstruction of the « Baraka City ». These brave women were marginalized by other women in modern neighborhoods because they lived in precarious conditions and in difficult living conditions. With this project « Cité Baraka » which has become a reality with the launching of the work by the President of the Republic of Senegal, the women of Baraka will now demand their participation in all decision-making bodies of the Commune. For this we women and young people and children of Baraka say again thanks to the YOU Foundation !!!