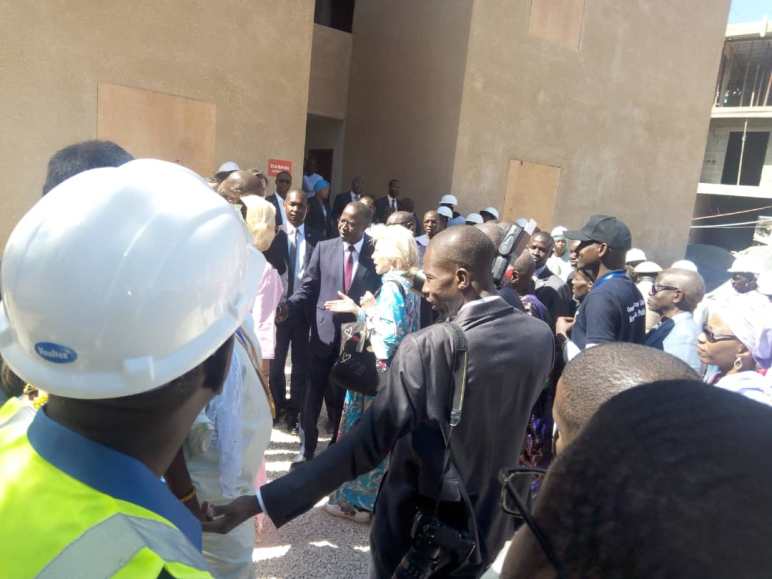 YOU-Foundation has been working in the Liberté VI Baraque district since 1996 with the aim of improving the living conditions of these populations and restoring their human dignity.

This dream of the Special Ambassador of UNESCO and President of the YOU Foundation Mrs. Dr Ute Henriette Ohoven to make the poor district of Baraka a modern city called « Cité Baraka » became a reality with the technical and financial support of Mr. Samih Sawiris, General Manager of the ORASCOM Group.

In Senegal this project is strongly supported by the President of the Republic Macky Sall who personally went to Baraka on April 27, 2017 to launch the project « Cité Baraka ». 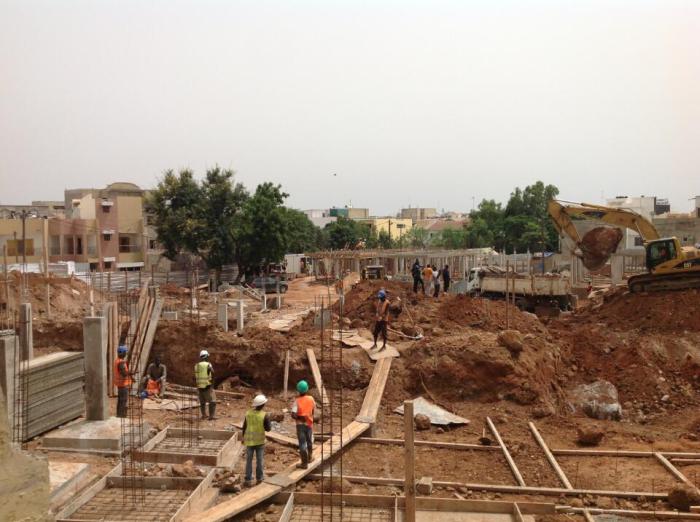 The « Cité Baraka » project, whose activities were officially launched in March 2018 by the Minister of Urban Renewal and Senegal’s Living Environment, is progressing rapidly with the construction of the first six buildings! 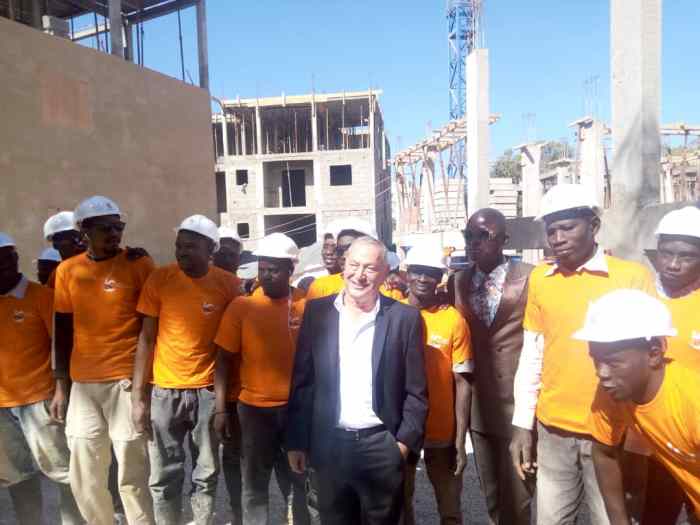 After nine months of activity, the buildings took shape and a control apartment at the J building was finalized to allow the various partners to have an idea about the apartments at the end of all the constructions. It was an F4 on the ground floor consisting of 3 bedrooms, a living room, a kitchen, a toilet and a balcony. 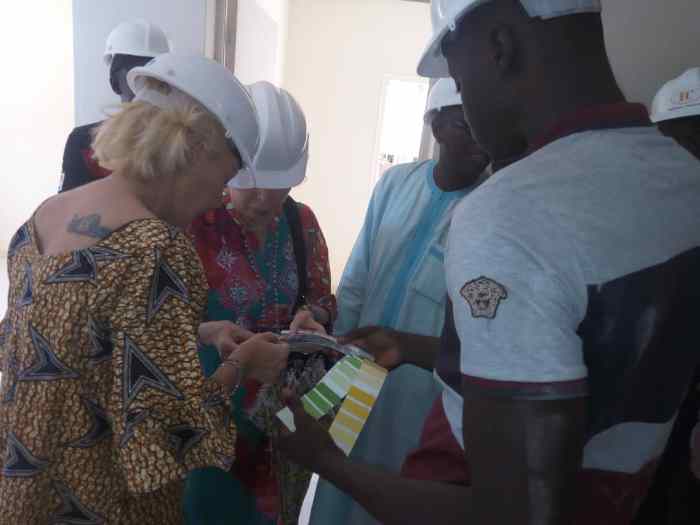 Work has been done beforehand with the technicians of the company IC SARL for the choice of colors in each room related to the YOU Foundation. 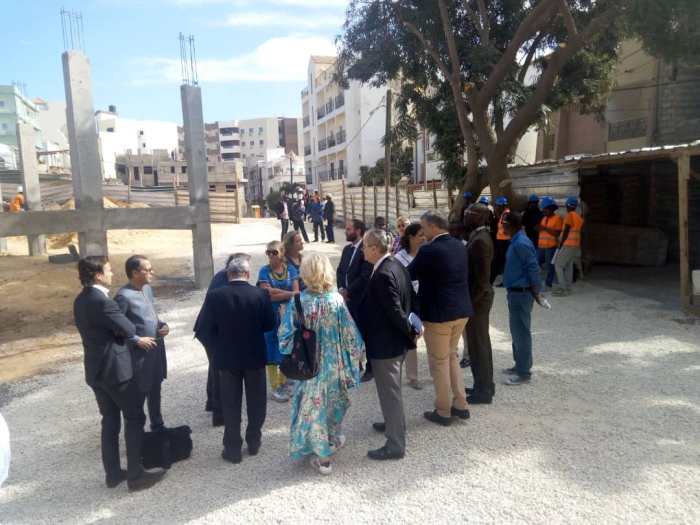 On the occasion of this ceremony of visit of the apartment witness by the Prime Minister of Senegal, all the partners of the YOU Foundation have responded to the invitation. They included Mr. Samih Sawiris, the Casa Orascom delegation, Mr. Robert Ottitsch, Secretary General of HOPE’87, Mr. Michael Schmeiser, Chargé ai of the Embassy of Austria, Mrs. Johanna van Ahlen and Mrs Leonie Schneider, German dentists, of M Papis Loveday, famous male model in Germany … 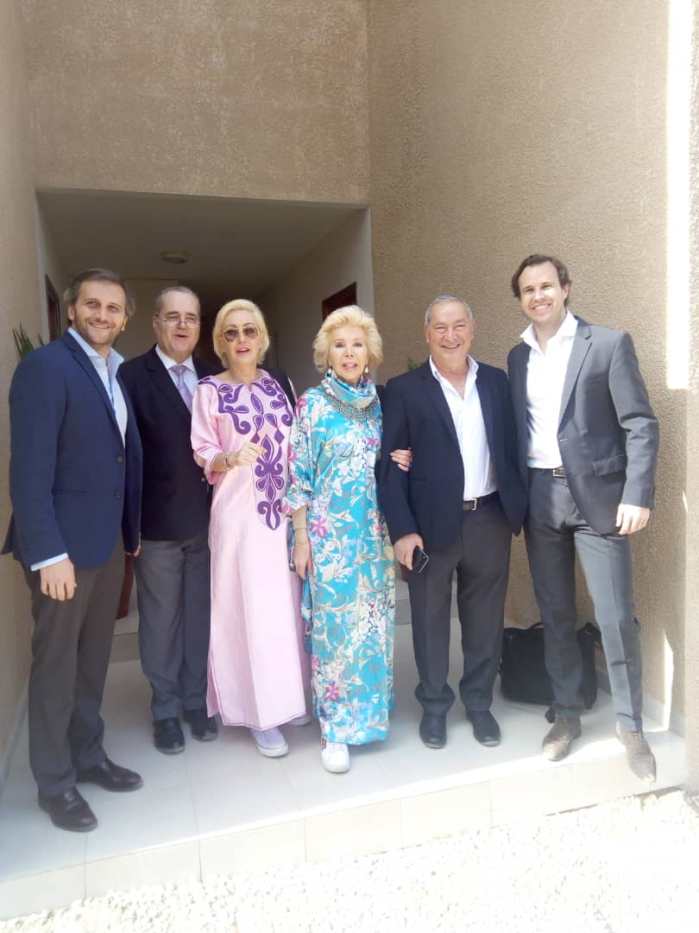 The partners had to make a visit of the apartment and the satisfaction is read on their face. 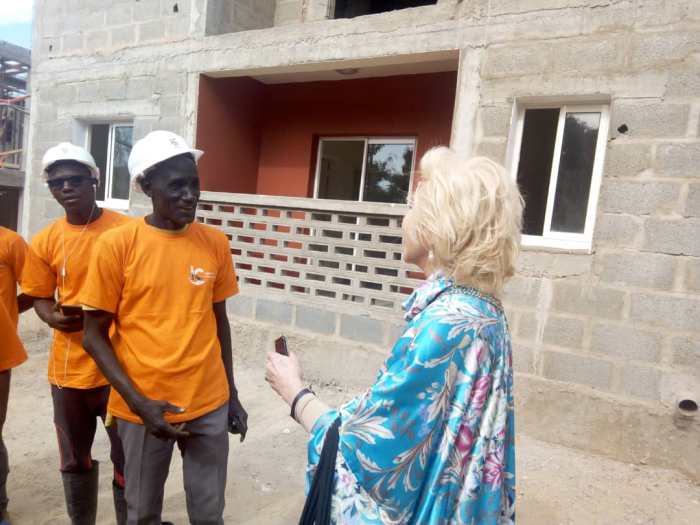 The « Cité Baraka » project has taken shape and about twenty workers from the Baraka slum itself are working there because their capacities were reinforced in 2018 by a program supported by the YOU Foundation to be able to take part in the various works of their field in the building site. Mrs. Ohoven pays tribute to each visit! 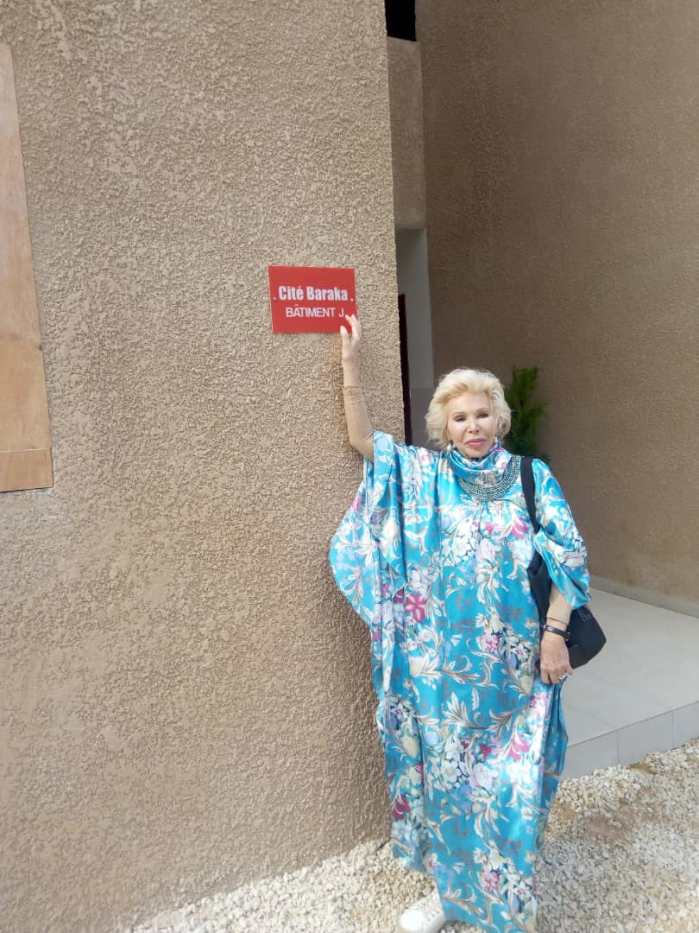 The guided tour in the sample apartment at Building J of « Cité Baraka » on the ground floor allowed the various partners to understand that in less than 10 months, the living environment of the people of Baraka will change and it will This explains the great satisfaction of Ambassador Ohoven.

Some pictures of the construction visit to Baraka: 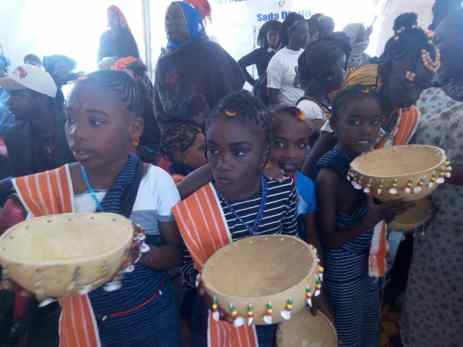 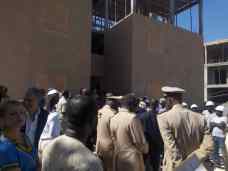 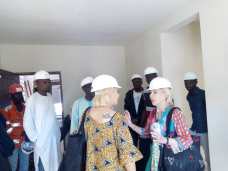 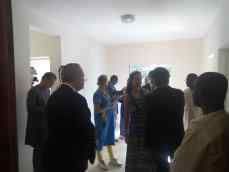 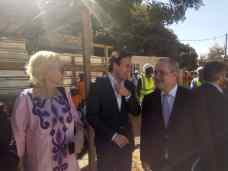 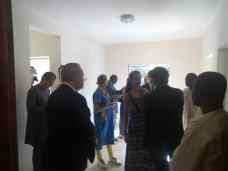 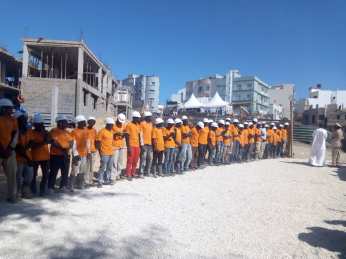 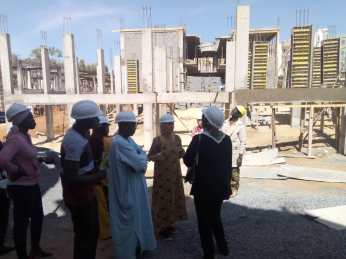