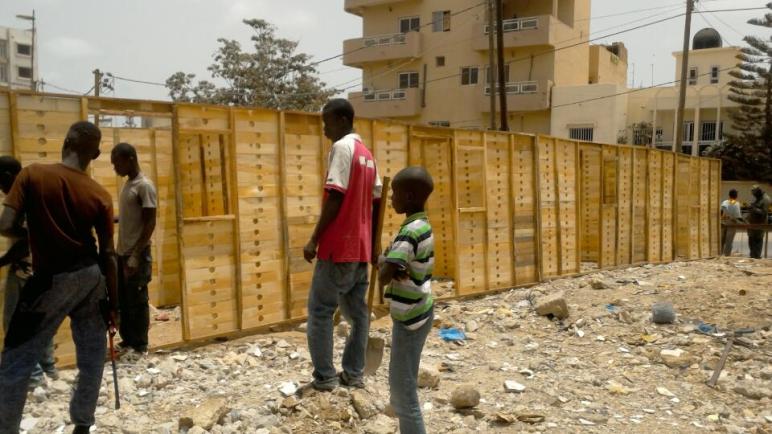 The relocation of the 26 families impacted by the project « Cité Baraka » had a huge delay and that is why the Baraka development committee in relation with the artisans of Baraka decided to get their hands dirty by proposing to build much cheaper Baraques.
Baraka craftsmen, especially carpenters, masons and electricians are hard at work for the realization of 78 Baraques.

This work is also facilitated by the Municipality of Sicap Liberty with the unfailing support of the Mayor Sir Sathie Agne who has the means to clear the occupants of the road and to clear the site which was made of large stones.
As a reminder, the space located on the main road at the entrance to Baraka was chosen to build the first 20 barracks and relocate families located southeast of the site. This will allow the contractor to properly continue building construction.

This « Cité Baraka » project is strongly supported by the State of Senegal through the Ministry of Urban Renewal of Housing and Living Environment which has set up a steering committee to facilitate the implementation of the project. 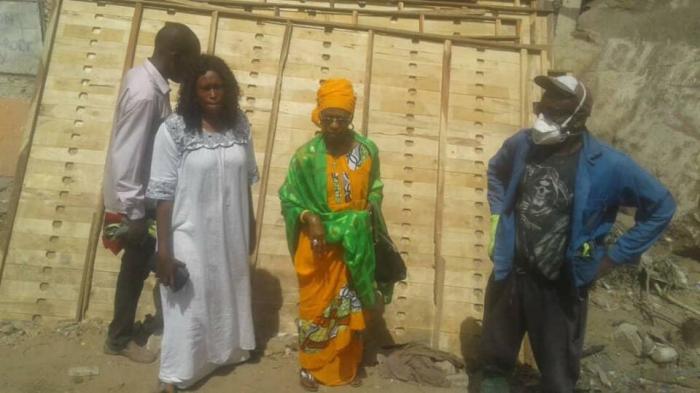 It is in this context that the chairman of the said committee, Mrs Soumaré, makes a weekly visit to the site to see the progress of the work.
Baraka artisans will never stop thanking the YOU Foundation for building capacity by empowering them in their fields.
According to them it is this training which motivated their implication in the proposal of the construction of barracks to relocate the 26 affected families.
Below are some photos of the project for the relocation of families impacted by the project: 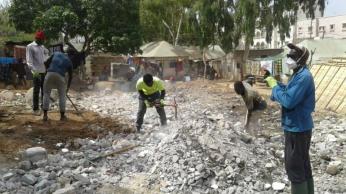 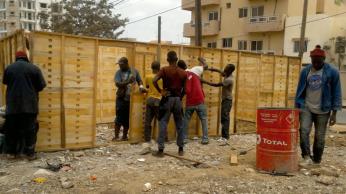 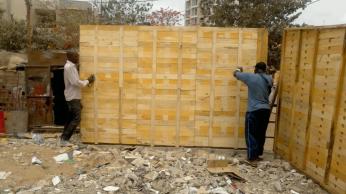 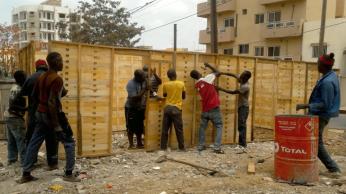